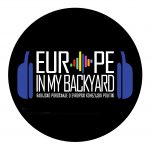 The program covers an European Union cohesion project, titled Reduction of flood risk for the Selška Sora river sub-basin (up to Dolenja vas) – reduction of flood risks in the potential significant flood risk area of Železniki. Železniki are a small town with population of three thousand people, which were devastated by floods in 2007. The occurrence of floods in Železniki is relatively high, since the town had been previously effected by high waters in years 1979, 1990, 1992, 1993, 1995 in 1998. The radio program focuses on how a local government and public institutions can, with the help of European cohesion funds, can work together to reduce flood risk for the Selška Sora river. The topic was discussed with the following guest experts:

Anton Luznar, the mayor of Železniki

Bojan Drnovšek, the head of the project at Slovenian Water Agency