The Andalusian Association of Municipal and Community Radio and Television Stations (EMA-RTV) is a non-profit association that brings together 88 local public and citizen media (radio and television stations) throughout Andalusia.

Radio, television, multimedia, international cooperation, training and solidarity initiatives; EMA-RTV is the first radio and audiovisual network in Andalusia. Born in 1984 from the will of the municipalities and civil society, it acts as a catalyst for social concerns in Andalusia. The network broadcasts under the Onda Local de Andalucía brand (OLA Radio, OLA Television and OLA on-line), which brings together all of EMA-RTV’s partner stations.

The hallmark of its broadcasts is its service to the public as a participatory channel. Its news agenda addresses a reality that has no place in the majority of the media and is open to new experiences of participatory communication with civil society.

The plurality and diversity of accents & cultures constitute the personality of a unique informative message in the Andalusian community and an international reference.

Two million listeners a day identify with a communication project assumed as a network of public and citizen media, in a territory with historical communication deficits. Thinking, telling and debating reality to facilitate the empowerment of citizens are the basis for achieving democratic progress and building fairer societies at the local level, aimed at satisfying the common good.

EMA-RTV is articulated through its General Assembly, where all members participate, and through the Board of Directors, represented by 13 city councils of all political parties, as well as a citizens’ radio station.

EMA-RTV has promoted and coordinates the project Europe in my Backyard.

Radio Dreyeckland (RDL) is a non-commercial, independent radio station in Freiburg (Germany). RDL was founded in 1977 as part of the anti-nuclear movement. In the beginning the station was forced to broadcast without a regular licence. With the help of more than 150 volunteers RDL since has developed into a broadcaster with a very rich programme. We currently feature more than 50 different music programmes, broadcasts on culture and subculture, background information and political analyses as well as news – many of these in more than 50 different languages besides German.

The name Dreyeckland (‘triangle country’) points to the High Rhine region where three countries, France, Switzerland and Germany, share borders. Many of the people living here think of the area as one region, thereby making national borders irrelevant for their daily lives. This particularly came to bear in the strong, transnational anti-nuclear movement in the region.

RDL can be listened to per FM, cable and online. In its broadcasting area RDL has 45,000 permanent listeners, with about 18 000 users visiting the station’s homepage each month. By exchanging many of its programmes with more than 60 broadcasters in Germany, Austria, Luxembourg and Switzerland, RDL reaches many more listeners in other German-speaking countries.

RDL is financed by the non-profit association “Freundeskreis Radio Dreyeckland”, direct donations, and a small fraction of the German broadcast and television license fee.

Radio Popolare has been a specialist broadcaster of information and free and independent communication since 1976 and is considered by many to be a “Radio Leader” in Italy for information due to its political and editorial independence.

It is run by CO-OPERATIVE DI RADIO POPOLARE. The co-operative is the major shareholder of ERREPI S.p.A. The company shares, in addition to the co-operatives’ are held by vast number (almost 15.000) of citizens. Radio Popolare sees its service function as offering a public interest communication, information and culture service of, choosing explicitly to represent in particular the interests of those (the majority of the population) who are obliged to suffer the mechanisms of the information process and have neither the means to affect or protect themselves from it.

Radio Popolare has a large experience in realization and coordination of European Radio Campaign co-financed by EU.

Radio Popolare broadcasts 24 hours a day (20 of which are live), 365 days a year. The headquarters of Radio Popolare are in the 1,600 square metres of the radio station itself. 46 people are employed at Radio Popolare including 36 professional journalists in addition to a large number of contributors. The broadcasts reach the whole of the Regione Lombardia plus a few areas to the south- west and east of the region. The weekly listener figures for 2016 as compiled by two independent nationally recognised organisations and published by EURISKO are around 420,000.

Since 1992, Radio Popolare is the leader of a national network which is linked via satellite, 20 local radio broadcasters transmit the Radio Popolare news and a few topical programmes in their areas.

Radio Študent (RŠ) is a non-profit urban community radio with complete editorial independence set forth in our Act of Establishment. Established in 1969 (by the Student organization Ljubljana) with a mission to give voice to students and under-represented social groups, RŠ is a staunch defender of its mission and therefore upholds the highest professional and ethical journalistic standards. We are an educational institution, providing free vocational training for young journalists, speakers and technicians based on our experience in media production. We strive to promote the values and importance of independent professional journalism upon new generations. We have over 200 active journalists in fields of politics, music, culture, science and education, fostering a culture of critique, in-depth research and reporting, journalistic integrity, credibility and pluralism of opinions. We are the only bigger media in Slovenia providing joint space for minorities and various other social, interest groups and communities.

One of our core missions has always been providing media space to students and other youth, various social groups, minorities and marginalized communities. Rather than speaking on behalf of these groups, RŠ provides the editorial and technical support needed for them to speak for themselves. This mission has resulted in dedicated radio programing by and for members of said groups with intensive inclusion of all of them:

Near FM is part of Near Media Co-op which is a not-for-profit, member led, democratic co-operative operating on the principles of participation and diversity. Near Media Co-op, situated on the northside of Dublin, was founded in 1983; and anyone wishing to support the ideals of democratic ownership of media can become a shareholding member which entitles the shareholder to ownership of the community media platforms (Near FM, Near TV, NearCast). Near Media Co-op has over 120 volunteering members contributing at Near FM, Near TV and NearCast and has received awards from Amnesty International and the Metro Éireann Media and Multicultural Awards (MAMA), AkiDwA (the national network of migrant women living in Ireland), Glór na nGael and some of its initiatives have become best practice examples at European level (i.e. Failte Radio). Near Media Coop was involved in the production of the first European media training manual from an intercultural perspective called Inter.Media.

Near TV operates as a Community TV production facility, TV Programmes are made available on our website, www.near.ie and on DCTV, Dublin Community Television. Near FM is a not-for-profit, democratic, community radio station, broadcasting 24 hours a day, 365 days per year. We operate an open access policy and run a minimum of two community radio introduction courses a year for new volunteers a year and have trained over 250 people living in Dublin North over the last 5 years.

Near FM runs workshops on ‘How to get your message across’, ‘Media literacy’ and ‘Media law and regulations’. The station encourages groups to use community media as a tool in their development work and aims to reflect the issues, events and stories important in the local area. Programming involves radio drama, multilingual programmes, assisting unsigned musicians, intercultural programming, educational programming, outside broadcasts, documentaries to name a few. Near FM is proud to have broadcast programmes in several languages: French, Spanish, Basque, Chinese, Polish, German, Russian, Irish, Portuguese, Lingala, Bosnian.

Near FM is a lecturing partner in association with University of Wolverhampton for Coláiste Dhúlaigh, College of Further Education in Dublin to lecture parts of the BA Honours Degree in Broadcasting and Journalism. Near FM was the first radio station in Ireland (community, state and commercial) to podcast programming in 2004. Near FM and Near TV have been part of several EU funded partnerships (ECEA, Communicating Europe, Erasmus +) developing training and programmes.

Listen to Near FM 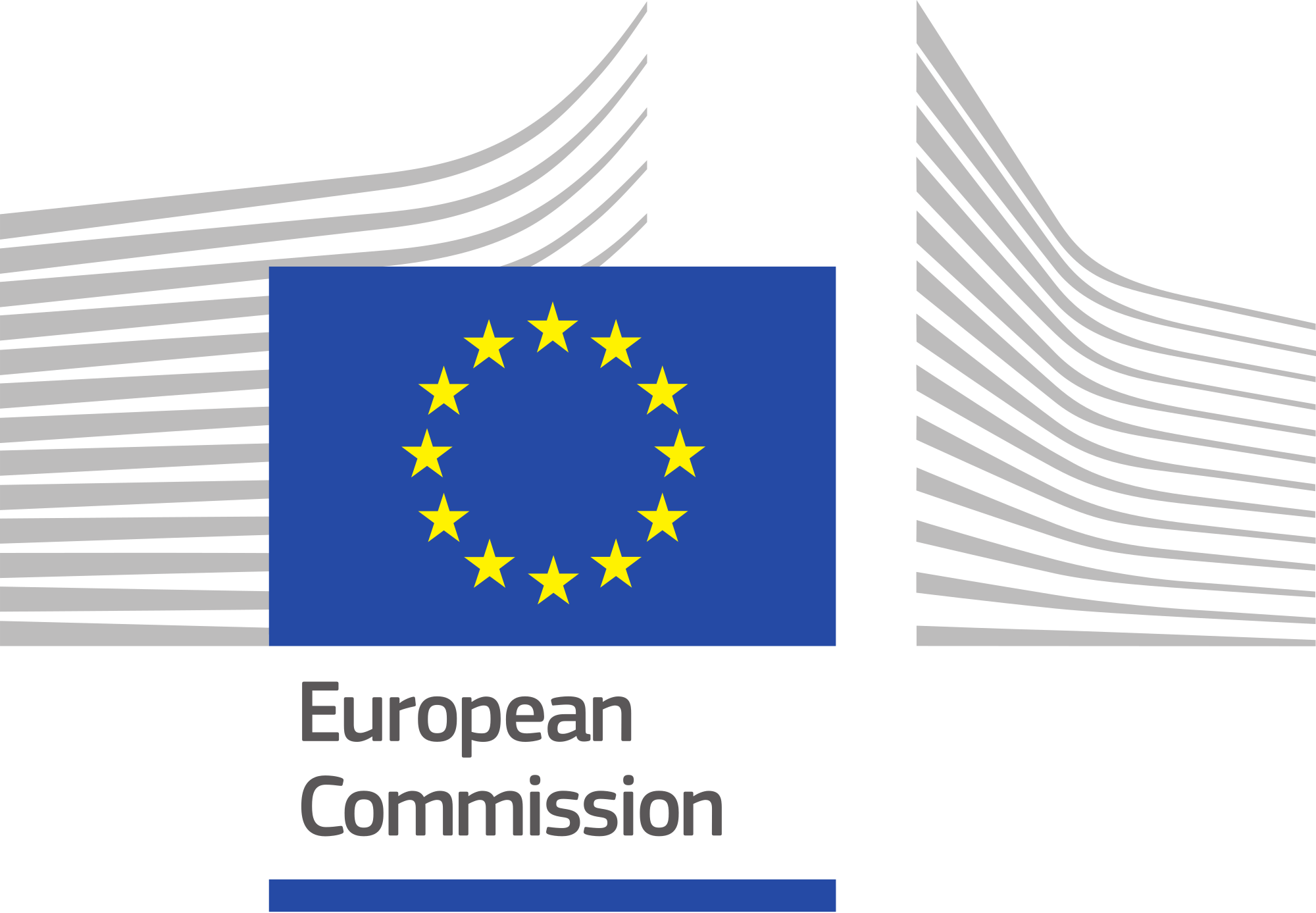